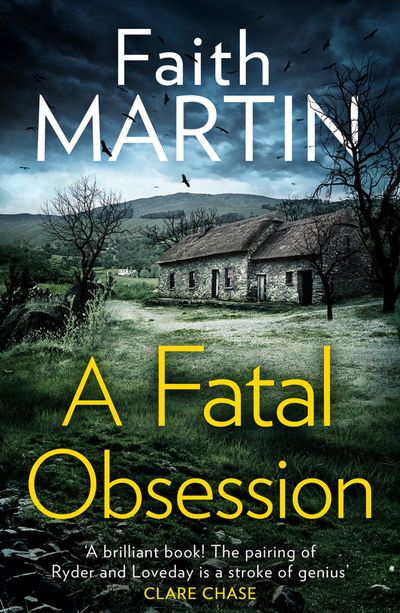 ‘Absolutely loved it… The characters were some of the best I’ve read in a long time.’ Angela Marsons, no. 1 bestselling author of the Kim Stone series

Oxford, 1960. Police constable Trudy Loveday is about to face her first murder case…

It’s five years since twenty-one-year-old Gisela Fleet-Wright died. But when her former boyfriend is found brutally beaten to death the day after a mysterious note threatened his life, the case is reopened – and, to WPC Trudy Loveday’s delight, she’s sent to investigate alongside coroner Clement Ryder.

At first it’s just a ploy by her senior officer, a man who has never liked Trudy, to keep the only WPC in the station out of his way. But as Trudy and Clement begin to dig, their suspicions about Gisela’s death grow – and the dark secrets of two families are slowly revealed.

Through a trail of threatening notes and carefully arranged crime scenes, Trudy and Clement begin to delve into the mind of a killer – and discover just how twisted Gisela’s death really was…

‘A brilliant book! The pairing of Ryder and Loveday is a stroke of genius.’ Clare Chase, author of the Eve Mallow and Tara Thorpe mysteries

Author: Faith Martin
Format: Paperback
Release Date: 26/11/2020
Pages: 352
ISBN: 978-0-00-831000-4
Faith Martin has been writing for over 25 years, in four genres and under four different pen names. She was born in Oxford and sets most of her crime novels within sight of the city of dreaming spires. A real nature lover and afficionado of the countryside, descriptions of wildlife and native flora often find their way into her manuscripts.

‘Absolutely loved it… The characters were some of the best I’ve read in a long time.’ Angela Marsons, no. 1 bestselling author of the Kim Stone series

Oxford, 1960. Police constable Trudy Loveday is about to face her first murder case…