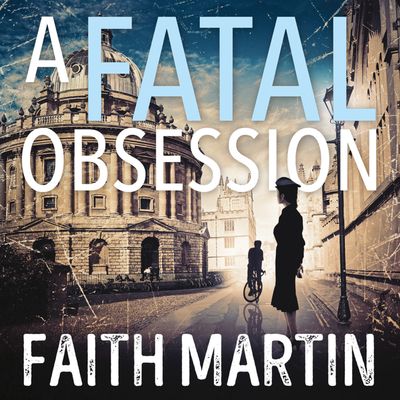 The start of a brand new series from the global bestselling author of the DI Hillary Greene series.

Oxford, 1960. There’s a murderer on the loose and two unlikely heroes are poised to solve the case.

In the hope of getting her out of the way, Trudy’s senior officer assigns her to help coroner Clement Ryder as he re-opens the case of a young woman’s death. She can’t believe her luck – she is actually going to be working on a real murder case.

Meanwhile, the rest of the police force are busy investigating a series of threats and murders in the local community, and Clement can’t help but feel it’s all linked.

As Trudy and Clement form an unlikely partnership, are they going to be the ones to solve these crimes before the murderer strikes again?

A gripping, twisty crime novel that you won’t be able to put down. Perfect for fans of Agatha Christie and M.C. Beaton.

‘A beautifully crafted crime mystery I could not put down.’ Anita Davison, author of the Flora Maguire series

‘A must read for all crime fiction fans’

‘Have become an addict of Faith Martin – love her novels.’

‘I would recommend this to anyone who enjoys crime fiction’

Author: Faith Martin, Read by Stephanie Racine
Format: Audio-Book
Release Date: 11/06/2018
ISBN: 978-0-00-830997-8
Detailed Edition: Unabridged edition
Faith Martin has been writing for nearly 30 years, under four different pen names, and is about to have her 50th novel published shortly. She began writing romantic thrillers as Maxine Barry, but quickly turned to crime! As Joyce Cato she wrote classic-style whodunits, since she’s always admired the golden-age crime novelists. But it was when she created her fictional DI Hillary Greene, and began writing under the name of Faith Martin, that she finally began to become more widely known. Her latest literary characters WPC Trudy Loveday, and city coroner, Dr Clement Ryder, take readers back to the 1960’s, and the city of Oxford. Having lived within a few miles of the city of dreaming spires for all her life, (she worked for 6 years as a secretary at Somerville College) both the city and the countryside/wildlife often feature in her novels. Although she has never lived on a narrowboat (unlike DI Hillary Greene!) the Oxford canal, the river Cherwell, and the flora and fauna of a farming landscape have always played a big part in her life – and often sneak their way onto the pages of her books.

The start of a brand new series from the global bestselling author of the DI Hillary Greene series.